1940’s Throwback Menu and The Girls of Atomic City Tablescape

Posted on March 2, 2016 by inspirationaldetails

Source: photo from The Girls of Atomic City

Another gal from my Book Club hosted recently for our discussion of the book, The Girls of Atomic City:  The Untold Story of the Women Who Helped Win World War II. 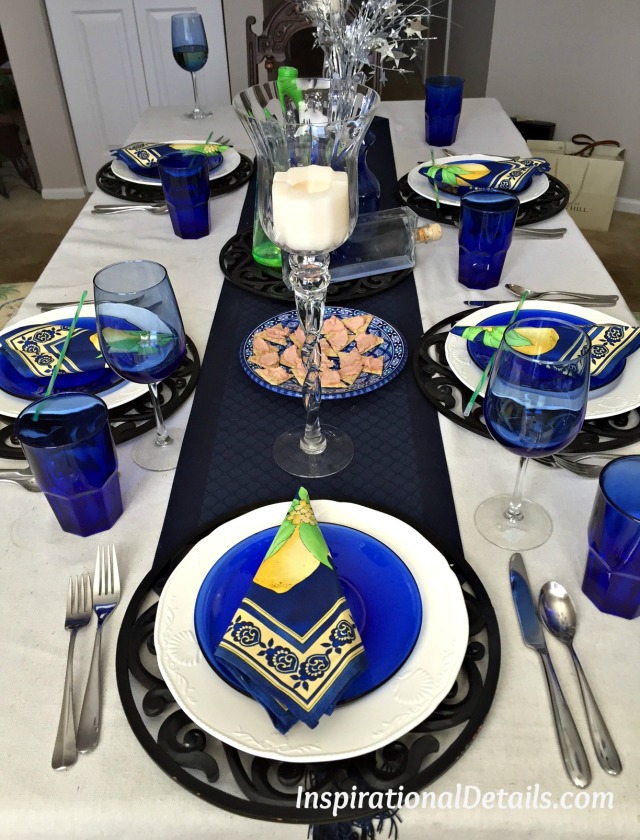 In keeping with the spirit of the book, our host created an “atomic centerpiece”…

The Girls of Atomic City is the true story of some young women working in a top-secret, government-created town – in Oak Ridge, Tennessee.  These women unknowingly help build the atomic bomb. 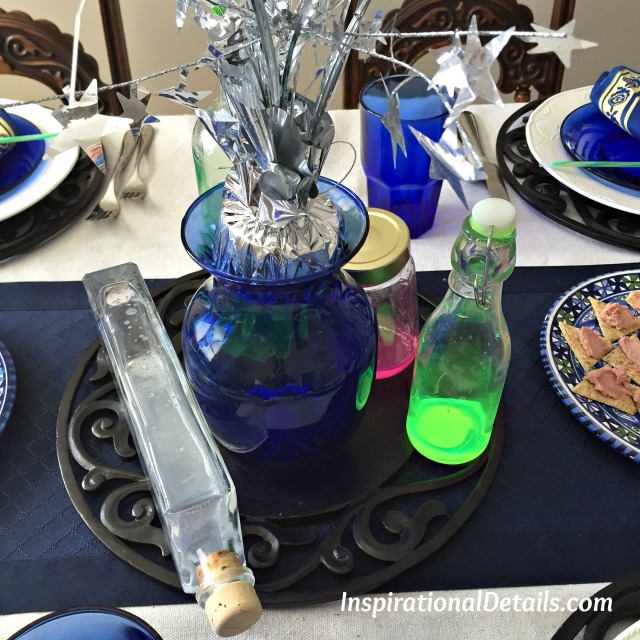 A ‘starburst’ of silver stars …

This true story occurred during World War II.  The book inspired our host to research cookbooks from the 1940’s, and prepare food that was popular back then, with a Tennessee flavor… 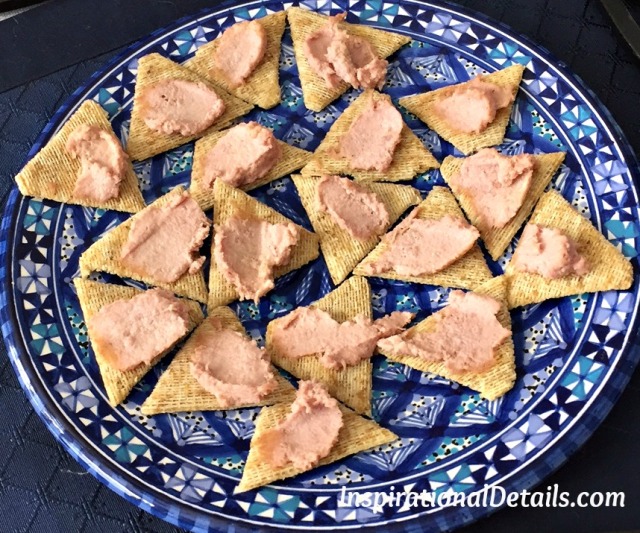 She served spam pâté as an appetizer… 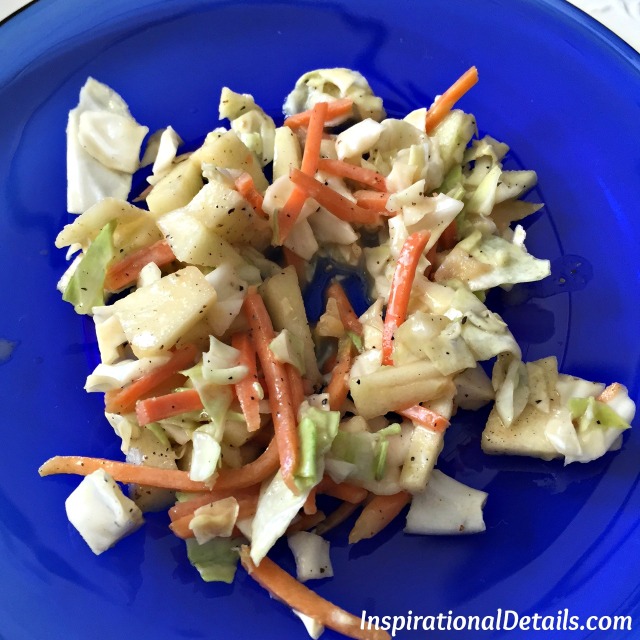 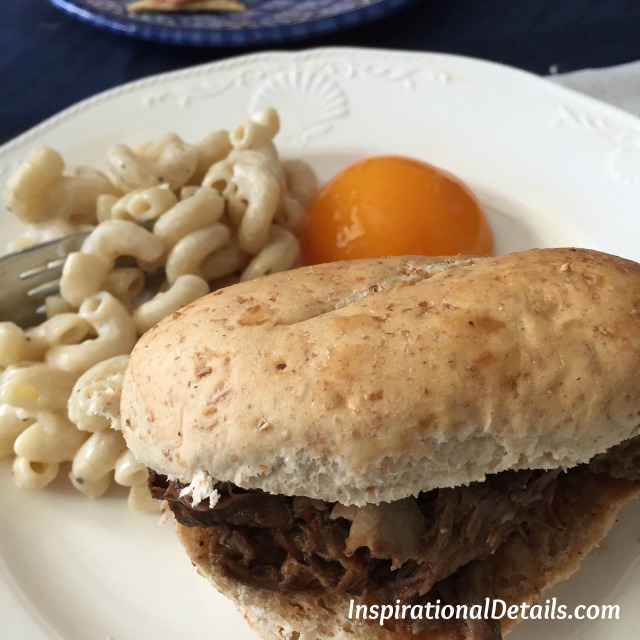 We dined on macaroni and cheese, peaches drenched in amaretto, and Tennessee style BBQ beef 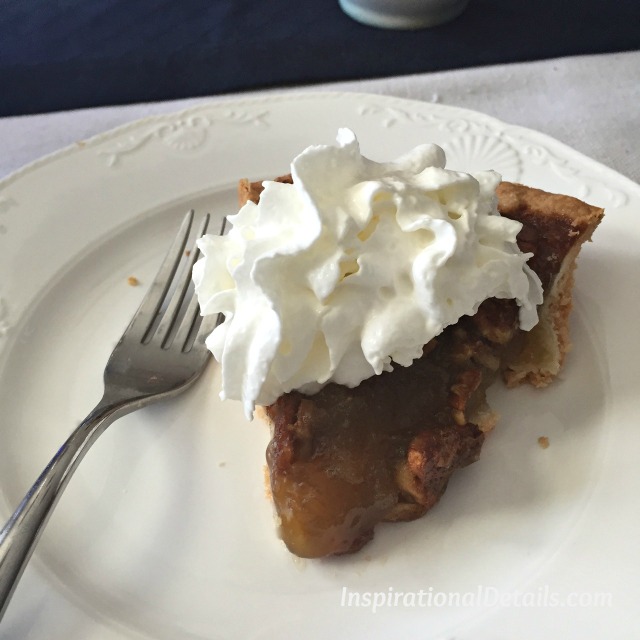 Rich and gooey pecan pie for dessert – always a favorite

ALL IN THE DETAILS

She offered a refreshment quite popular in the 1940’s

Rock candy stirrers, for our coffee, served in a cute old moose creamer from Tennessee 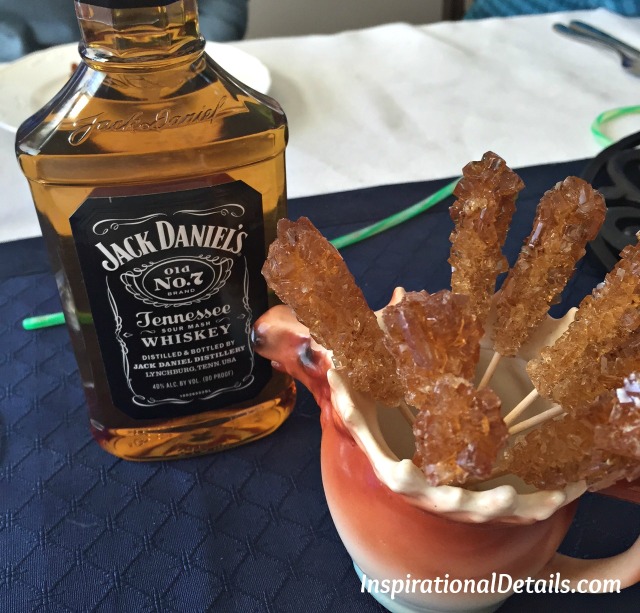 Brief Overview of the Book

As I mentioned earlier, The Girls of Atomic City by Denise Kiernan is the true story of some young women who played a vital role during World War II.  Kiernan wrote the book based on interviews with surviving women and other residents of Oak Ridge, Tennessee.

Oak Ridge (a secret town created by the government) was home to more than 75,000 people during the war.  The purpose of this government project was kept a secret from the outside world and most of the workers there including these young women.  Workers were forbidden to talk about their jobs.

Source: photo from The Girls of Atomic City

The women learned (that they had helped build the atomic bomb) only after the U.S dropped the bombs on Hiroshima and Nagasaki, Japan in 1945.

Knoxville learns what Oak Ridge has been working on…
Source: The Girls of Atomic City website

Though the women originally thought they would leave Oak Ridge after the war, many met their husbands there and still call Oak Ridge home.

In August 14, 1945, Oak Ridgers celebrate the end of the war.
Source: The Girls of Atomic City website

Our Review of the Book

Our book club had a stimulating discussion about the book, and most of us rated the book very high.

All of us learned things about World War II that we did not know before from reading the book.

One gal’s father was in military intelligence during WWII.  Unfortunately he has passed on, but she wished greatly he was still alive today to be able to discuss many details of the book with him.

One question that was discussed in detail was whether people hired to do this type of job nowadays would be able to keep it secret and remain quiet about it.  We never came to a firm answer.

On August 14, 1945 Oak Ridgers and others everywhere celebrated the end of the war.
Photo source: The Girls of Atomic City website