A Wedding Story (from a Groom’s Mother): Bridal Shower Luncheon

Posted on February 22, 2018 by inspirationaldetails 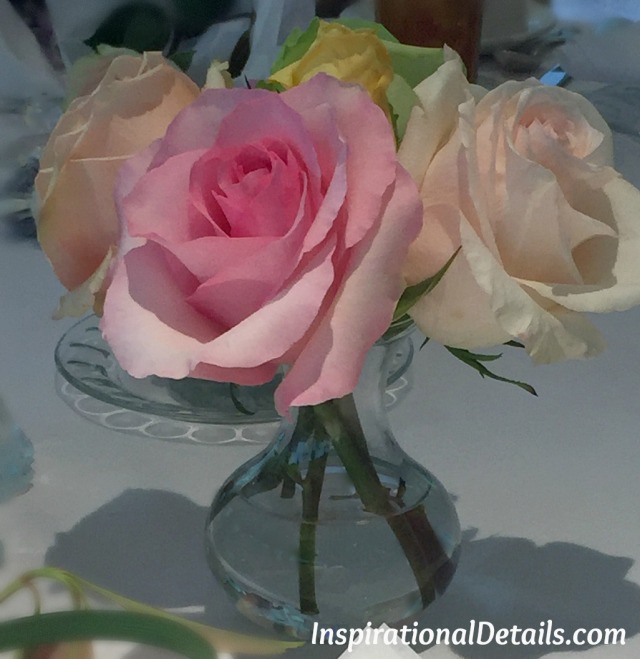 My daughter and I were invited to a Bridal Shower Luncheon for the Bride-to-Be.  Here’s a peek back at her shower.

The Bridal Shower was held at Swan Coach House (the restaurant) in Atlanta.  Historically, the restaurant space was previously the original carriage house of the famed Swan House at the Atlanta History Center.

Swan Coach House is a charming place for a bridal or baby shower, birthday celebration, or just a lunch out with girlfriends,daughters, etc.  I had never been there before, but it was bustling with activity that day.  It also has a nice gift shop.

Our bride-to-be’s shower was held in one of their private rooms – a sunny room with a good-sized outdoor area.  Similar to the Engagement Party held in Atlanta, the Bridal Shower was hosted by several of the bride-to-be mother’s good friends.

It was a lovely Bridal Shower luncheon and afternoon.

Once again, being related to the groom-to-be, my daughter and I were treated extra special.  Upon arrival, the hosts greeted each of us with a rose.  We were seated with the bride-to-be and her family.

The roses were set in water tubes to keep them hydrated – my daughter and I even took ours home with us a couple of days later. 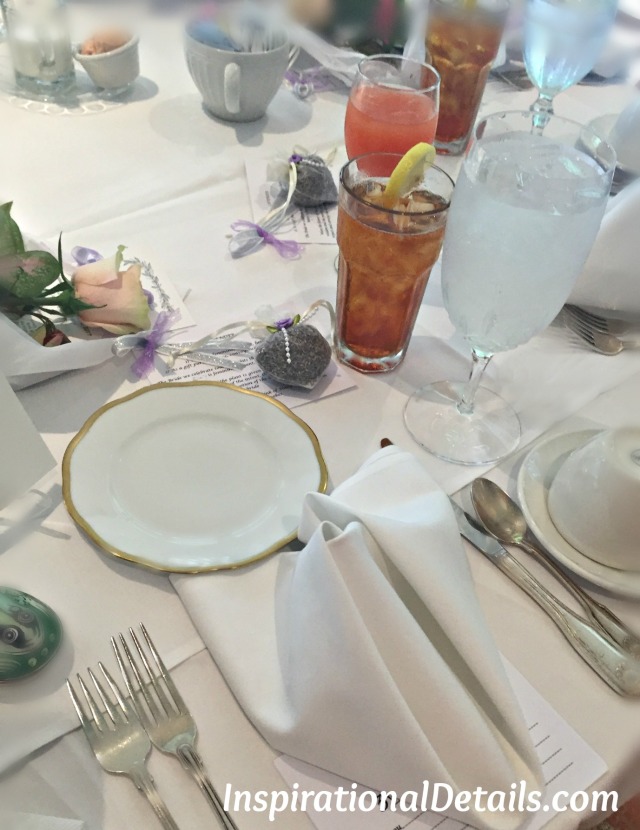 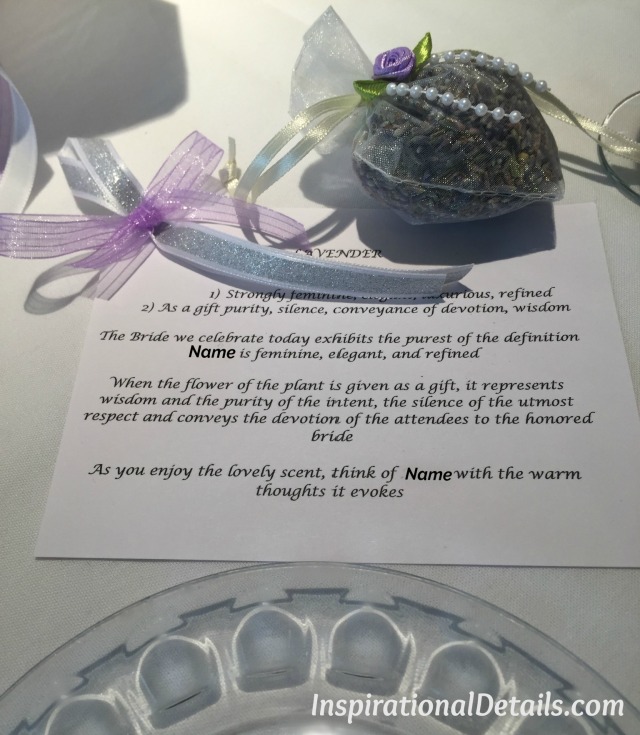 WEDDING FAIRY WISHES FOR THE BRIDE-TO-BE

In addition, each place setting had a blank “Fairy Wedding Wishes” card – three wishes from each of us for a happy marriage  {The bride-to-be took them home with her to read later}

SPECIAL GIFTS FOR THE BRIDE-TO-BE

One of the hosts gave the bride-to-be a set of her beautiful china as a shower gift.  The plates from the set were used to serve her lunch that afternoon.  {Great idea!} 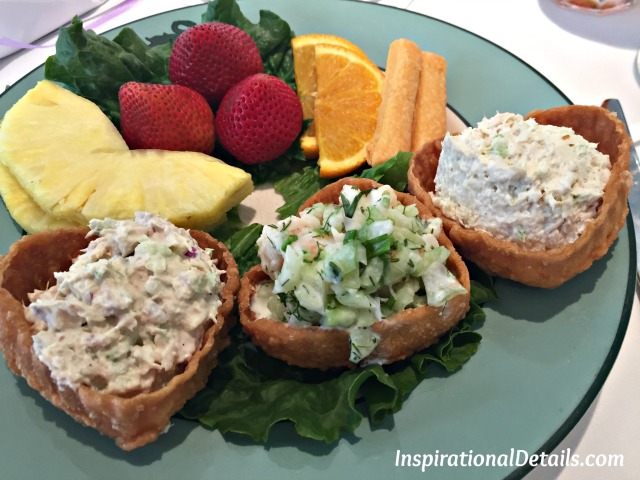 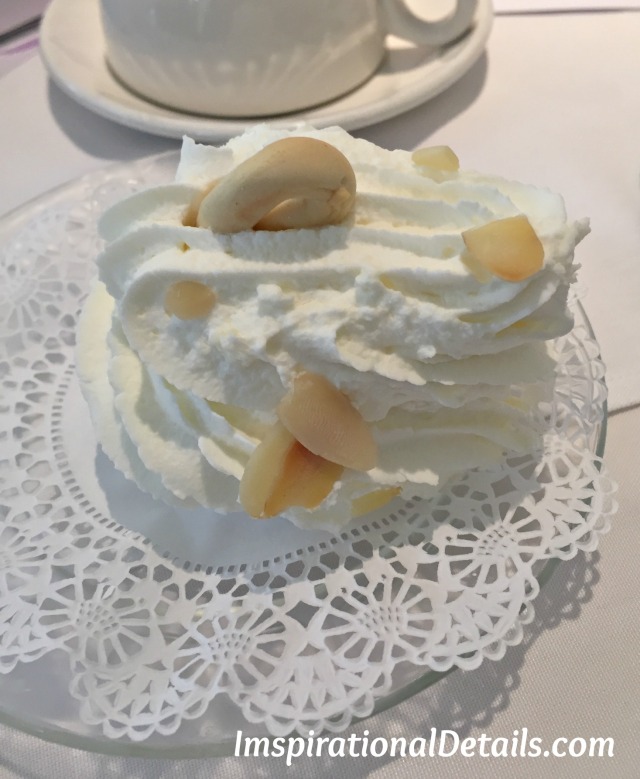 A meringue base with a scoop of chocolate mousse wrapped in Chantilly whipped cream, sprinkled with slivered almonds, and topped with swan pastry

Next up in a Wedding Journey:  A Couples Shower 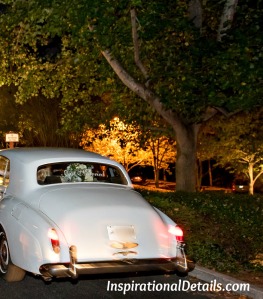 Passionate about: Entertaining Tablescapes Decorating, and a love of Books!! I find inspiration in the details of life...
View all posts by inspirationaldetails →
This entry was posted in Wedding and tagged a wedding journey, a wedding journey blog, bridal shower luncheon ideas, Swan Coach House Atlanta, Swan Coach House bridal shower, wedding process. Bookmark the permalink.