“Lights Out” …. Book Club Has Lunch by Candlelight

Posted on July 6, 2017 by inspirationaldetails

Have you ever gotten annoyed when you’ve lost power for an hour or a couple of hours due to a storm?  Well, then just envision…

If the entire regional part of the country you live in lost power and was in a total blackout for months due to a cyberattack on America’s power grid??  There would be no running water, no sewage, and no refrigeration besides other major effects it would have on your daily life…

That is the basis of Ted Koppel’s non-fiction book, Lights Out:  A Cyberattack, A Nation Unprepared, Surviving the Aftermath.  It was also the subject of our recent Book Club Discussion and Lunch that I hosted. 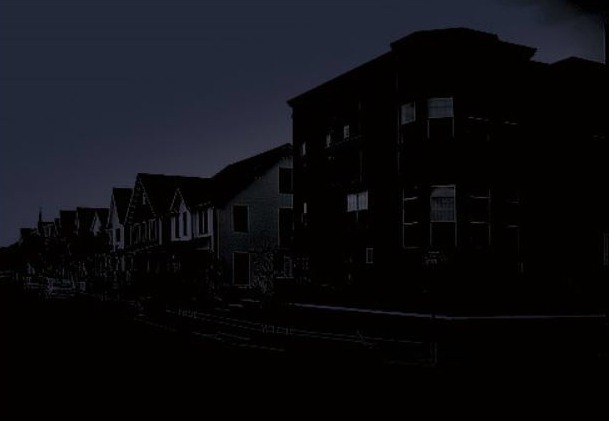 SETTING THE SCENE & MY TABLE

No electricity?  Candles are a must then… 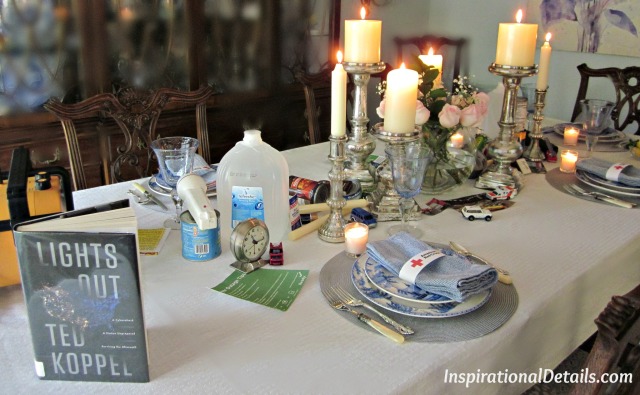 A CLOSER LOOK AT TABLE DETAILS

Styling my tablescape to coordinate with the book was fairly effortless.  My starting point was a Power Outage Checklist.  My table also captured some of the other details mentioned in the book.

Let’s take a look at some of the items you’ll want to have in this type of an emergency: 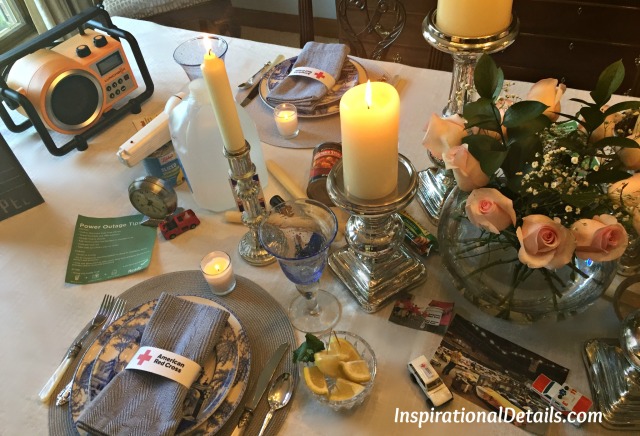 → Canned goods/nonperishables of all types 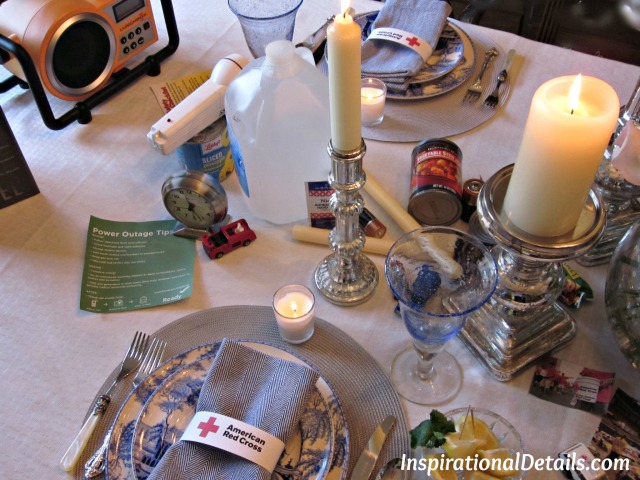 → Even if you’re not a smoker, better have matches

Images (via Google) from Hurricane Katrina / The Red Cross

Since we were just “practicing a power outage candlelit lunch”, I still set nice place settings and had flowers.

Pink Flowers in the Foyer… 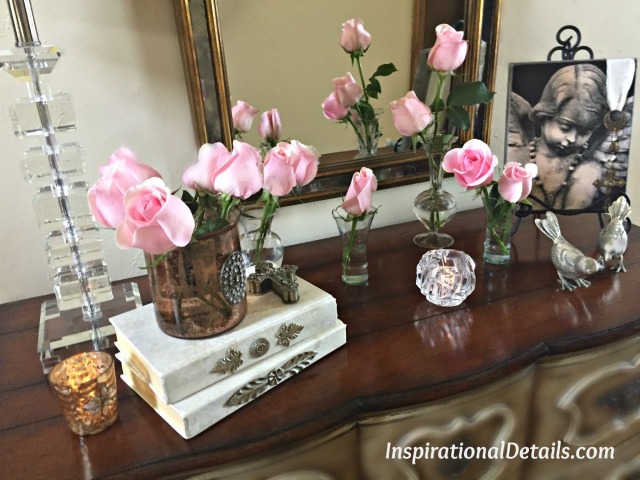 Homemade napkin rings with The Red Cross logo on them

I selected my menu based on a meal mentioned in the book.  Mr. Koppel shares a meal with a Mormon family in their home.

Mormons are highly encouraged to prepare for unplanned emergencies (like natural disasters, illness, job loss).  Part of their preparation plan should include setting aside enough food to sustain themselves for months.

The Mormon family in the book serves pasta, salad, and frozen bread crisped in the oven.  The major difference in my menu from theirs was I served wine and coffee.  Mormons do not drink alcohol nor coffee.  I also served dessert.

Pasta and Frozen Bread Crisped in the Oven

We had a great discussion about the book and the topic.  This book has some eye-opening material in it.  Mr. Koppel also presents some fascinating facts including those about Mormons and how they are taught to be as self-reliant as possible in case of an emergency (it made me want to learn more about Mormons), and also about the state of Wyoming being one of the most prepared and self-reliant in our country and why that is.  Koppel also reports some riveting information about The Red Cross (and not in a good way).

The total blackout scenario possibility presented in this book is frightening to think about.  However, this book is an important read and very interesting.