The Wedding Journey – Little Details Can Make a Big Difference: Along the Way to the Big Day Part 3: The Wedding Reception

Posted on September 12, 2016 by inspirationaldetails 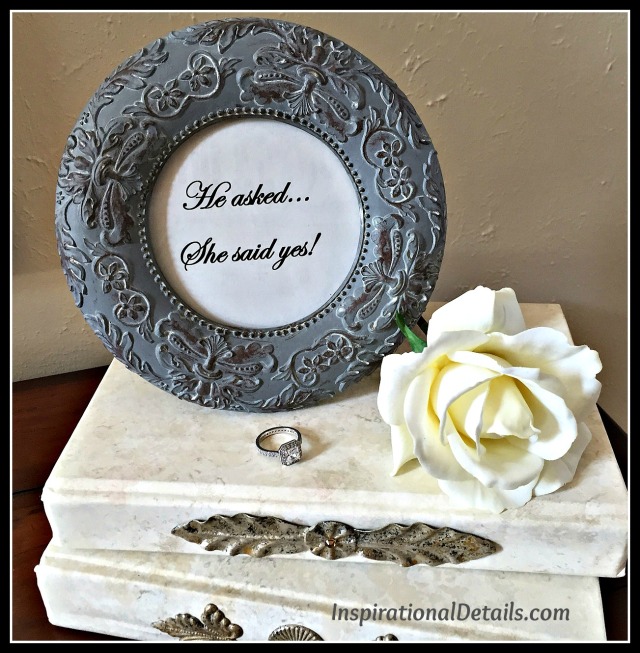 This Wedding Journey is almost to its finale!

Before I finally share photos from my daughter’s Wedding Day, here is a glimpse into some of the planning and details that made my daughter and her then-Groom-to-Be’s Wedding Reception extra special for us, and hopefully for some of our guests too.

The Drake actually offered standard cocktail napkins as part of our wedding package.  In spite of this, we just couldn’t pass up specially ordered napkins that were printed up with a gorgeous blue monogram with the wedding couple’s initials.  We used the napkins for both the bar and to use with the passed appetizers. 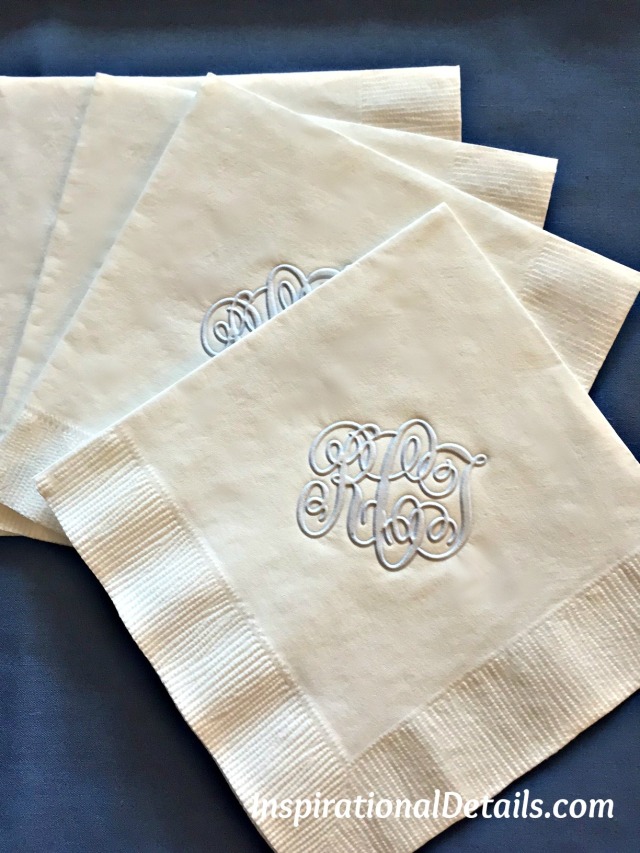 About 6 months or so before the wedding day, I called upon (& enlisted:-) two other talented friends – this time friends with exceptional baking skills.  They baked “wedding-themed” delicious sugar cookies that were used as a wedding favor for each guest.

We picked out 2 cookie cutters:  a wedding dress and a wedding cake.  My “Betty Crocker” friends (going by the given names of Kathy) baked about 275 cookies, and then beautifully frosted and decorated each of them.

The cookies were individually bagged, and tied with a “Happily Ever After” ribbon.

I found the bags at Hobby Lobby and the ribbon at Michaels.

The Kathys even incorporated the aqua blue wedding color into the wedding dress cookie. 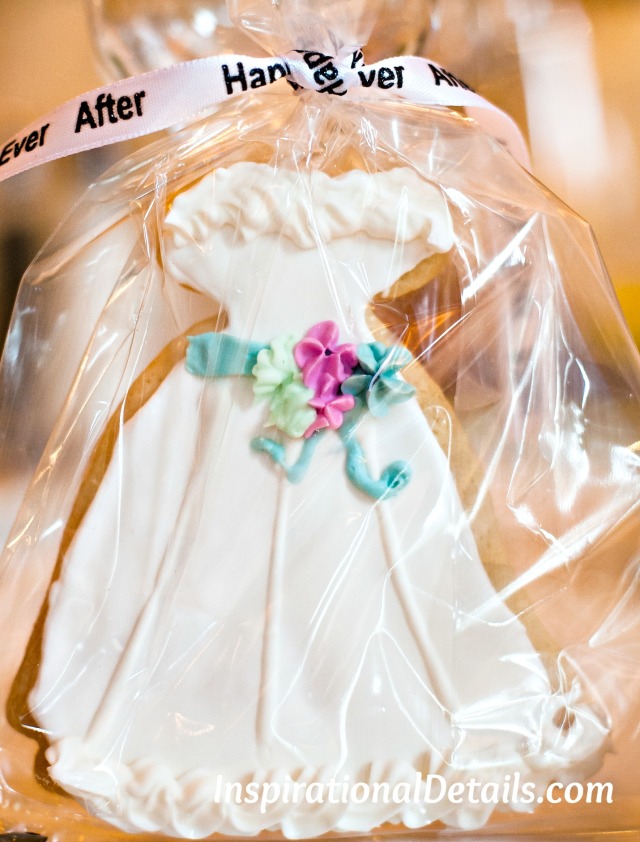 I had small stickers printed up with “Cookies by The Two Kathys” and affixed them to the back of the cookies highlighting my friends’ baking.

Both my daughter and I spent a lot of time and energy researching/looking at various table number ideas.  We wanted something stylish, easily visible to our guests, and that fit with the overall look we were going after.  My daughter even attempted a DIY version of “silver glittered (wooden) numbers”.  Ultimately, we decided on  “Tented Table Numbers”.  We picked out a beautiful font, and had them printed up showing table numbers on both sides of the tent.  The Table Numbers were simple but elegant.

We included a dinner menu at each place setting at the reception.

The Drake provided 3 small votives for each dinner table.  That was not enough for me, plus I knew the burning capacity of each of the votives was 2-3 hours at best.  I envisioned lots of candlelight in the room, and I wanted the candles to still be burning far into the hours of the after-dinner dancing.

Instead, I purchased boxes of filled votive candles from Pottery Barn and had the Drake put 5 votives on each dinner table.  Pottery Barn’s votives are not cheap, but they burn for many hours.  I purchased the votives over a number of months taking advantage of sales when PB had them.

Also, I had the Drake take all the votives I was allotted from them, and put those on the tables and throughout the French Room (where the cocktail hour was held).

I looooved the Name Place Cards we had.

~ Loved the font we picked out ~

Table numbers were printed on the back side of the tent 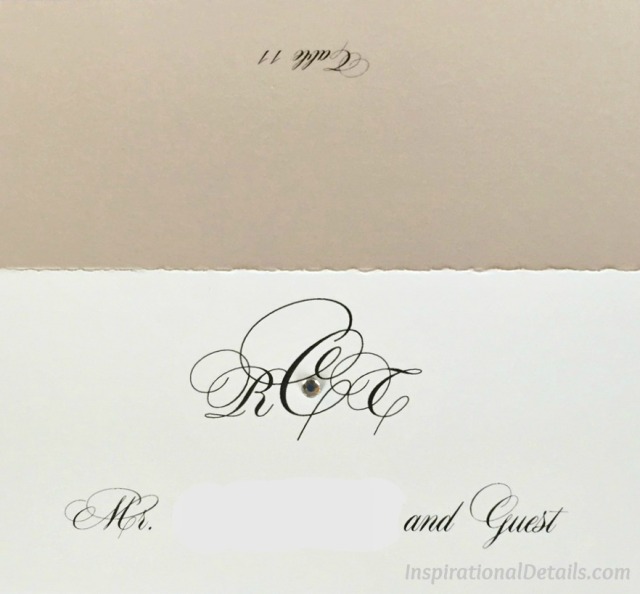 We wanted the Wedding Party Introductions to be interesting and fun.  Instead of the same song being played for all wedding party introductions, we coordinated with the band to have a specially selected (by each couple) song played during each couple’s introductions (not the entire song).  We also encouraged the couples to use props for their intros.

Here is an “abbreviated rendition” of the Wedding Party Introductions

Father of the Groom (& His Girlfriend):

They didn’t care what song was used for them.  So we chose the “James Bond Theme Song” by Shirley Bassey for their intro.

Parents of the Bride:

I love Tina Turner and especially her song, “Simply the Best” so I ‘simply’ chose that one.

Both this bridesmaid and groomsman lived in NYC, so they chose the song, “New York, New York” by Liza Minnelli.  They wore top hats and threw them out into the crowd at the end of their song.

Both of them had graduated from the University of Wisconsin.  Their song was “Jump Around” by House of Pain. In case you didn’t know, “Jump Around” is a tradition at U of W.  The song is played at football games after the third quarter, and the entire stadium dances/jumps around to the music including the players (many opponent teams participate too when playing in Madison).

During their intro song, the groomsman wore a large red Wisconsin football bead necklace, and the bridesmaid waved a full scale Wisconsin flag.

This couple chose “Party in the USA” by Miley Cyrus and waved American flags.

This couple’s song was “Fancy” by Iggy Azalea.  They wore sunglasses and the bridesmaid hiked (shorted) up her long dress for their intro.

This couple’s intro song was “Entourage Theme Song (Superhero)” by Jane’s Addiction.  The groom, the best man, and some of the other groomsmen all went to college together and watched a lot of the Entourage cable TV show.  This couple also donned sunglasses.

Even though these girls were shorter in stature than the rest of the wedding party, they certainly were not in happiness.  They performed a very cute coordinated dance routine to the song, “Happy” by Pharrell Williams, and of course were an instant hit.

The Drake Hotel has a famous Champagne Parade tradition.  All the wait staff (1 for each guest table) line up and “parade out with bottles of champagne” for the champagne toast.  We had the band play “Tequila” by The Champs during the parade.

We chose “Be Our Guest” (Disney’s Beauty and the Beast) for the cake cutting song.

Next up in The Wedding Journey – it’s finally The Big Day! 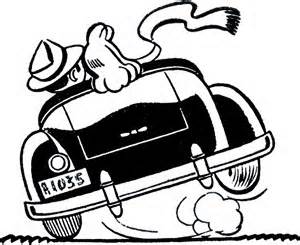 A Wedding Journey is dedicated to my lovely daughter.  It was so much fun to be able to share this incredible time in your life,  I hope you always choose to dance.

And forever twirl in your dress!